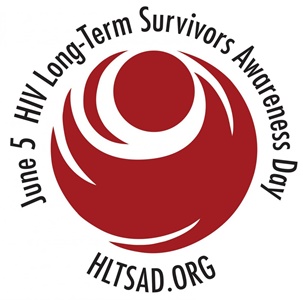 Forty years ago – on June 5, 1981 – the U.S. Centers for Disease Control and Prevention (CDC) reported the first cases among gay men of a mysterious illness that would later become known as AIDS.  This anniversary is now commemorated as HIV Long-Term Survivors Awareness Day (HLTSAD). The theme for 2021 is, “AIDS at 40: Envisioning a Future We Never Imagined.” Many national, international, and local government agencies and organizations are planning events to mark the 40th anniversary.

40 Years of Progress: It’s Time to End the HIV Epidemic – This webinar, which will be held on June 1 from Noon to 3:30 p.m. EDT, is being hosted by the HHS Office of Infectious Disease and HIV/AIDS Policy, and the U.S. Public Health Service. Participants will discuss how to leverage best practices, innovations, and health equity to end the U.S. HIV epidemic. The webinar will also feature information on the federal government’s “Four for Forty” themes for the 40th anniversary: 1) Reflect, 2) Recommit, 3) Reenergize, and 4) Reengage.

HRSA HLTSAD Twitter Thread – The Health Resources and Services Administration (HRSA) is organizing a #HRSAHonorsHIVSurvivors Twitter thread commemorating HLTSAD that “is intended to promote advancements in HIV care and treatment and HRSA’s Ryan White HIV/AIDS Program, honor the lives of people with HIV, and support people with lived experience in sharing their stories.”  From June 1 to 5,  @HRSAgov will send five messages with themes connected to HLTSAD. Organizations are invited to join this Twitter thread and post content that highlights their programs’ goals, accomplishments, and experiences.

Meeting at the Crossroads of HIV & Aging – This NEAETC webinar hosted by Fenway Health is being held on June 3 from Noon to 1 p.m. EDT. It “will address the unique health conditions and social determinants of health for the increasing population of long-term survivors and newly diagnosed as they grow older,” according to Fenway.

To further help you or your organization commemorate HLTSAD, we have also compiled a brief annotated list of online resources focusing on HIV long-term survivors.

Older People and HIV – This web page from NEAETC’s online HIV Resource Library is an annotated list of current resources about HIV in persons aged 50 and older – a group that includes many long-term survivors. This page includes descriptions and links to many fact sheets, issue briefs, reports, and infographics, as well as to the latest surveillance data and guidelines for HIV prevention and care.

HIV Long-Term Survivors Day #HLTSAD – HIV.gov’s resource page for HLTSAD, which includes a variety of materials to help organizations raise awareness about HIV among long-term survivors. For HLTSAD 2021, HIV.gov has created a special web page, 40 Years of Progress – It’s Time to End the HIV Epidemic, which encourages people to use the anniversary as an opportunity to reflect, recommit, reenergize, and reengage in the effort to end the HIV epidemic.

LetsKickASS (LKA) – AIDS Survivor Syndrome – This grassroots organization is devoted to improving the lives of survivors and helps organize HLTSAD. The site includes a link to LKA’s newly revised HIV Long-Term Survivors Declaration: A Vision for Our Future – AIDS at 40.

The Reunion Project (TRP) – According to its founders, TRP is a “national alliance of long-term survivors of HIV, collaborating with local and national HIV advocates, providers, and researchers.”

Long-Term Survivors of HIV – This web page from The Well Project includes background information about HIV long-term survivors, AIDS survivor syndrome, and the physical health and quality of life concerns of this community.

#Long-Term Survivors – This section of the Poz website is a compilation of news and opinion pieces that are either directly about, or considered relevant for, long-term survivors of HIV/AIDS.

Pre-HAART Long-Term Survivors Forum – This Poz question-and-answer forum is for persons who have been living with HIV since before 1996 – the year when highly active antiretroviral therapy (HAART) first became widely available.