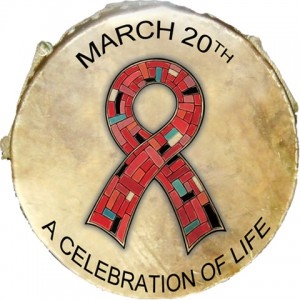 The National Native HIV/AIDS Awareness Day (NNHAAD) will be observed this year on Friday, March 20.  NNHAAD “is a national community mobilization effort designed to encourage American Indians, Alaska Natives, and Native Hawaiians across the United States and territorial areas to get educated, get tested, get involved in prevention, and get treated for HIV and AIDS,” according to the NNHAAD website.

To support activities commemorating NNHAAD, we have compiled an annotated list of online resources focusing on HIV/AIDS among AI/AN persons.

National Native HIV/AIDS Awareness Day Website. This is the official website for NNHAAD.  The site provides background information about the day, together with links to fact sheets, other educational materials, and products to promote HIV/AIDS awareness.

HIV/AIDS and American Indians/Alaska Natives. This web page from the Office of Minority Health has detailed statistical information about HIV testing, HIV and AIDS cases, and death rates among the AI/AN population.

HIV and American Indians and Alaska Natives. This CDC fact sheet, updated in 2019, includes information about HIV trends among AI/AN in the U.S., prevention challenges, and steps CDC is taking to reduce new infections and improve HIV treatment and care in this group.

Diagnoses of HIV Infection in the United States and Dependent Areas, 2018 (Preliminary).  This 129-page CDC report compiles detailed information about HIV and AIDS cases and deaths in the U.S., including breakdowns for different racial and ethnic groups, including the AI/AN population.

Native Gay Men and Two Spirit People: HIV/AIDS and Viral Hepatitis Programs and Services.  This is an issue brief from NASTAD.

American Indian and Alaska Native Health.  This web page from MedlinePlus has links to many health resources focusing specifically on AI/AN communities.