New HIV diagnoses among U.S. adolescents and young adults declined 9.6% from 9,082 in 2012 to 8,209 in 2017, according to a newly released HIV surveillance report focusing on young persons between the ages of 13 and 24. The 47-page report, which covers the period 2012 through 2017, provides an in-depth analysis of HIV and AIDS diagnoses in two age groups: 1) adolescents – defined as persons aged 13 to 19 at the time of their HIV diagnosis; and 2) young adults – those aged 20 to 24.  In addition, the data are further broken down by race/ethnicity, gender, transmission category, and region of residence.

Selected highlights are provided below, with particular emphasis on race/ethnicity. For additional highlights, see the Commentary section on pages 5 through 8 of the full report (linked to above). Please note that all HIV diagnosis rates below are per 100,000 population.

“PrEP use overall has increased among all Hispanic groups, offsetting declines in condom use,” according to the CDC study authors. “However, sexual behavioral HIV acquisition risk among Hispanic/Latino MSM differed by place of birth and years of residence in the U.S. Recent residents might benefit from improved HIV prevention education and services, including access to PrEP and condoms. Further, non-U.S.-born Hispanic/Latino MSM, regardless of duration of U.S. residence, might encounter more barriers to PrEP use than do their U.S.-born counterparts . . . In addition to other barriers to HIV prevention typically faced by all MSM (e.g., cost of care and stigma), tailoring PrEP strategies for non-U.S.-born Hispanic/Latino MSM to include improving Spanish-language materials and culturally competent patient navigation services and increasing awareness of drug assistance programs and other support services, might help reduce risk for HIV among this population.”

CDC: Incidence of Common STIs Continued Rising in the U.S. During 2018

The incidence of sexually transmitted infections (STIs) in the U.S has increased substantially over the past five years, reaching record high levels for chlamydia, according to Sexually Transmitted Disease Surveillance 2018, a report released earlier this month by the CDC. Here are a few selected highlights from the report.

Chlamydia: In 2018, about 1.76 million cases of Chlamydia trachomatis infection were reported to the CDC, making it the most common notifiable condition in the U.S. This corresponds to a rate of 539.9 cases per 100,000 population, an increase of 2.9% compared to the rate in 2017. Since 2014, the number of Chlamydia cases has risen 19%.

Although rates of P&S syphilis are lower among women than men, women’s rates have been rising quickly in recent years – up 30% between 2017 and 2018 and about 173% since 2014.  This suggests a rapidly growing heterosexual syphilis epidemic, according to CDC. 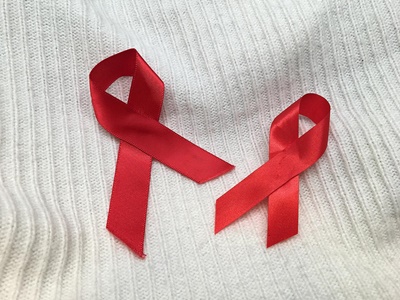 HIV+ persons who received kidney transplants from deceased HIV+ donors had high rates of both overall survival and kidney graft survival after 5 years, according to a recent observational study published online in The New England Journal of Medicine. For the study, a group of U.S. and South African researchers followed the health of 51 HIV+ persons in South Africa who received kidneys from deceased HIV+ donors beginning in 2008.

“In South Africa, the United States, and elsewhere, a growing number of people with HIV have a need for kidney transplants,” notes Anthony Fauci, director of the National Institute of Allergy and Infectious Diseases. “This observational study provides additional evidence that organs from donors with HIV could be a new donation source for people living with both HIV and end-stage kidney disease. If these findings are corroborated in ongoing clinical trials, we will have a chance to improve the health of many people living with HIV and increase the overall supply of transplantable organs.”

Medicaid is the largest source of insurance coverage among people living with HIV (PLWH), according to a new issue brief from the Kaiser Family Foundation (KFF). Close to half (42%) of adults living with HIV are covered by Medicaid, compared to just 13% of the U.S adult population overall.

In Fiscal Year 2019, Medicaid spending on HIV is estimated to total $6.3 billion – 30% of all federal spending on HIV care. Medicaid is the second largest source of public financing for HIV care in the U.S., after Medicare.

HIV+ Medicaid beneficiaries are more likely to be male (56% versus 42%), Black (50% versus 22%), and between the ages of 45 and 64 (54% versus 13%) than the overall Medicaid population. Nearly one-third (30%) are dually eligible for both Medicaid and Medicare, compared to just 15% of the Medicaid population as a whole. Dual eligibles are among the most chronically ill and costly Medicaid enrollees, with many having multiple chronic conditions and requiring long-term care.

“Going forward, it will be important to continue to monitor the impact of Medicaid coverage on people with and at risk for HIV, particularly given that several states are still deciding whether to expand their programs,” according to the brief.

The Indian Health Service (IHS) recently awarded $2.4 million to nine Tribal Epidemiology Centers (TECs) to support efforts to reduce new HIV infections, hepatitis C (HCV), and sexually transmitted infections (STIs) in American Indian and Alaska Native communities. The awards were made as part of IHS’s implementation of the national Ending the HIV Epidemic initiative. American Indian and Alaska Native communities experience relatively high rates of HIV, HCV, and STIs. “Confronting these intersecting epidemics requires collaboration across sectors and disciplines and the enhancement and use of existing public health and clinical infrastructures,” according to IHS. The TECs will participate in regional and national-level coordination, provide technical assistance and disease surveillance support to communities, and support the development of community plans to end the HIV epidemic throughout Indian Country. “While efforts to end the HIV epidemic in Indian Country are not new, what is new is a coordinated, focused, national initiative,” notes IHS Principal Deputy Director Rear Admiral Michael Weahkee. “TECs will build capacity in specific regions that will help increase the level of HIV treatment and prevention efforts across Indian Country.”

New and Updated Materials from CDC, HIV.gov, and the FDA

Each fact sheet summarizes data on HIV diagnoses during 2017, as well as trends since 2010; the factors that place gay and bisexual men at risk for HIV infection; the continuum of HIV care for gay and bisexual men; and CDC’s actions to address the HIV epidemic among these men.

An important resource from HHS’s HIV.gov is its What Is ‘Ending the HIV Epidemic: A Plan for America’? topic section.  This provide a detailed overview of the proposed initiative, including its goals, a four-pronged strategy for ending the epidemic, and its three phases for implementing the plan.  Related resources include a one-page fact sheet about the initiative, and an email sign-up for persons interested in getting news and updates about the effort.

HIV.gov also recently posted a related video from the September 24 forum “Ending HIV in America: Insights from the Frontlines,” hosted by the Bipartisan Policy Center.  Tammy Beckham, director of HHS’s Office of Infectious Disease and HIV/AIDS Policy (OIDP), gave the keynote address, which focused, in part, on the OIDP’s role in the federal response to the HIV epidemic.

From the U.S. Food and Drug Administration (FDA):

In a two-part series of articles, FDA’s acting commissioner Ned Sharpless discusses the agency’s role in the U.S. response to the epidemic.  In part 1, Sharpless describes how a multidisciplinary approach has helped spur the development of effective treatments and approval of an expanding number of HIV drugs and drug combinations. In part 2, he details how FDA plays an important role in advancing HIV therapies in underserved global markets through the President’s Emergency Plan for AIDS Relief (PEPFAR).