Racial/ethnic disparities in HIV among MSM persisted during 2008 to 2016, particularly among young MSM of color.  In the 13 to 29 age group, Black/African American MSM accounted for nearly half (49%) and Hispanic/Latino MSM accounted for one-quarter (25%) of all new diagnoses among MSM.

“These findings highlight the need to strengthen interventions for all MSM, including risk-reduction counseling and screening, and provision of PrEP [pre-exposure prophylaxis] to MSM at high risk for HIV acquisition,” according to the CDC report. “Promotion of care and treatment by public health agencies and private sector partners to achieve viral suppression among MSM with diagnosed HIV infection will improve health outcomes and reduce transmission to others, particularly if prevention efforts are tailored to specific age groups. To reduce disparities in HIV transmission and acquisition, more widespread implementation of interventions for those with disproportionate risk and burden of HIV infection, such as Black and Hispanic/Latino MSM, are needed.”

In its newly published report, HIV Epidemiology: Annual Report 2017, the San Francisco Department of Public Health (SFDPH) provides data indicating that the city is continuing to make significant progress toward the goal of ending its HIV epidemic.  Here are a few of the highlights from the report:

The 124-page report provides detailed breakdowns and trends for HIV diagnoses by age, gender, and exposure category, as well as data on the continuum of care, PrEP use, cancer incidence, and coinfections with sexually transmitted diseases.

Coverage of 2018 U.S. Conference on AIDS from HIV.gov

Several thousand persons living with HIV, healthcare and social service providers, and government officials attended the 2018 U.S. Conference on AIDS (USCA), which was held in Orlando, Florida, from September 6 through 9.   A major focus of this year’s conference was the importance of activism in the continuing fight against HIV.  “Activism played such a crucial role in the early years of the epidemic, bringing pressure on governments, industry, and society to respond to the epidemic with urgency and compassion,” noted Paul Kawata, executive director of NMAC, which organized USCA. “We hope this conference will reignite the kind of passion and action in the HIV community that we saw at the very beginning. If we are truly going to end this epidemic, that kind of commitment is what we will need from everyone.”  The HHS website HIV.gov has provided extensive coverage of the conference in a series of blog posts and accompanying videos, including the following:

The Global Fund to Fight AIDS, Tuberculosis, and Malaria (Fund) has helped save a total of 27 million lives through its support of programs addressing HIV, TB, and malaria around the world, according to the Fund’s newly released Results Report 2018. Countries and regions where the Fund invests in HIV programs achieved the following results in 2017:

The report notes that the Fund has increased allocations for HIV prevention in key and vulnerable populations by nearly 30% for the period from 2017 to 2019. The Fund is “investing in partnerships that bring together communities, schools, law enforcement agencies, the private sector, health care workers, public health planners and technical partners to implement comprehensive strategies and improve reach. Through collaborative efforts with governments, we ensure our prevention investments support robust national primary prevention targets.”

The U.S. Government is the largest donor to global health in the world, providing a total of $10.8 billion in global health funding during 2018, according to a report from the Henry J. Kaiser Family Foundation (KFF). U.S. government funding supports both disease-specific (HIV, tuberculosis, malaria, and neglected tropical diseases) and population-specific (maternal and child health, nutrition, and family planning and reproductive health) activities, as well as global health security. The U.S. government’s global funding for HIV increased from $603 million in 2001 to a peak of $5.574 billion in 2010.  Since then, its global HIV funding has remained relatively flat – with the most recent allocation being $5.207 billion for 2018.  The President’s fiscal year 2019 budget request proposed to cut U.S. global funding for HIV by $867 million to $4.34 billion.  If approved by Congress, this would be the U.S.'s lowest level of funding to support the global HIV response since 2008.

The CDC recently issued a Notice of Funding Opportunity (NOFO) PS19-1904, which focuses on capacity-building assistance (CBA) for high-impact HIV prevention program integration.  According to CDC, funds will be awarded to support a CBA Provider Network (CPN) to implement the following program components: 1) national training; 2) regional technical assistance; 3) continuous quality improvement and sustainability for community-based organizations; and 4) marketing and administrative support for the CPN. The funded program will support national HIV prevention goals, including reducing new infections; increasing access to care and improving health outcomes for persons living with HIV; reducing HIV-related health disparities and inequities; and achieving a more coordinated response to the HIV epidemic.  Interested parties must submit a Letter of Intent by October 12 and complete their grant application by November 12.

In the 37 years since the first cases of AIDS were reported in the U.S., the National Institute of Allergy and Infectious Diseases (NIAID) has invested more than $69 billion in the understanding, treatment, and prevention of HIV disease.  In a recent editorial published in the Journal of Infectious Diseases, NIAID Director Anthony Fauci and his colleague Tara Schwetz examine ways that HIV research has led to advances, not only in the prevention and treatment of HIV disease, but across a broad spectrum of medical research.  “The enormous investment in HIV research is clearly justified and validated purely on the basis of advances specifically related to HIV/AIDS,” the authors note. “However, the collateral advantages of this investment above and beyond HIV/AIDS have been profound, leading to insights and concrete advances in separate, diverse, and unrelated fields of biomedical research and medicine.”  These include: 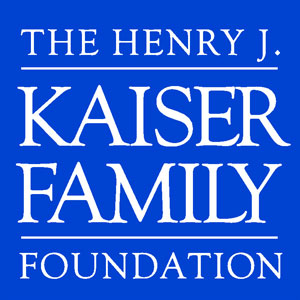 The Kaiser Family Foundation recently published a policy brief that provides a concise, plain-language overview of disparities in health and health care.  In particular, the brief explores the following key questions:

The report includes several examples of current health disparities by race/ethnicity, including disparities in HIV and AIDS diagnoses and death rates; the prevalence of asthma, diabetes, and heart disease; access to general health care and dental care; and uninsured rates.  “It is increasingly important to address disparities as the population becomes more diverse,” according to the report, which cites population projections indicating that the percentage of persons of color in the U.S. is expected to increase from 40% in 2016 to 54% by the year 2050.

“People of color generally face more access barriers and utilize less care than Whites. For example, among nonelderly adults, Hispanics, Blacks, and American Indians and Alaska Natives are more likely than Whites to delay or go without needed care. Moreover, nonelderly Black and Hispanic adults are less likely than their White counterparts to have a usual source of care or to have had a health or dental visit in the previous year. Low-income individuals also experience more barriers to care and receive poorer quality care than high-income individuals.” 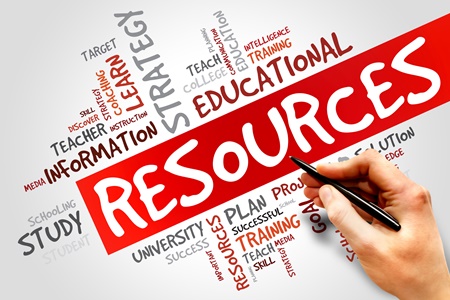 The Health Resources and Services Administration (HRSA) has developed a new toolkit to help HRSA-funded health centers integrate HIV care, treatment, and/or prevention services into the primary care they provide.  The toolkit draws on lessons learned and resources created as part of Partnerships for Care (P4C) – a 3-year, cross-agency demonstration project involving 22 health centers in Florida, Maryland, Massachusetts, and New York.  An important goal of P4C was to build sustainable partnerships to support expanded HIV service delivery within communities highly affected by HIV, particularly among racial/ethnic minorities.  The toolkit is organized into three modules – planning, implementation, and sustainability. It also provides resources on service integration issues such as cultural competency, data collection and use, quality and process improvement, and training and technical assistance.  In addition, in the toolkit, P4C grantees share case studies and vignettes focusing on the following:

During the past month, HCV Advocate has updated several of its publications focusing on hepatitis C virus (HCV) infection, living with the virus, and specific affected populations.  These include: