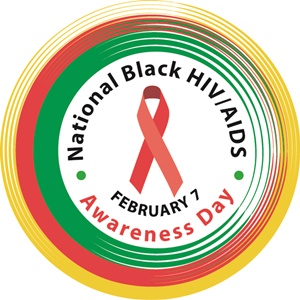 National Black HIV/AIDS Awareness Day (NBHAAD) is being observed this year on Sunday, February 7.  The 2021 NBHAAD theme, “We’re in this together,” indicates that even though we may be physically apart due to COVID-19, we all have a role to play in ending the HIV epidemic. A key goal of CDC’s Let’s Stop HIV Together campaign is empowering communities, partners, and healthcare providers to work together to reduce HIV stigma and promote prevention, testing, and treatment among all people in the United States.

To help you and your patients or clients prepare for and mark NBHAAD, we have compiled information on an upcoming NBHAAD virtual event, recent HIV surveillance data, and an annotated list of online resources focusing on HIV/AIDS in the Black/African American community.

All are welcome to participate in a free webinar on February 8 from 1:00 to 2:00 p.m. ET in commemoration of NBHAAD.  Primary Care Development Corporation, the New England AIDS Education and Training Center, and a panel of key community members will discuss the U.S. HIV epidemic in the context of the overall state of health inequities in Black communities. If you are interested in joining the webinar, please click here to register.

HIV and African American People. This CDC fact sheet has information on new HIV diagnoses, HIV prevalence, trends in diagnoses for the period 2014-2018, deaths, the continuum of HIV care, HIV prevention challenges, and steps CDC is taking to address the HIV epidemic among African Americans.

HIV in the United States and Dependent Areas. This CDC fact sheet includes information on the disproportionately high number of new HIV diagnoses among African American men and women. Also available in Spanish.

Black Americans and HIV/AIDS: The Basics.  This annotated fact sheet from the Kaiser Family Foundation was updated in 2020.  It provides detailed information on HIV/AIDS among Black Americans for the following topic areas: key facts, overview, transmission, women and young people, gay and bisexual men, geography, and HIV testing and access to prevention and care.

Blacks/African Americans with HIV – This CDC infographic summarizes 2018 data on the HIV care continuum among Blacks/Africans.

NMAC: The NMAC website has extensive resources in support of its mission to develop leadership in communities of color to end the HIV/AIDS epidemic.  These include program listings, conference information, a blog, and a resource library.

HIV/AIDS Resource Center for African Americans: This section on TheBody.com website has links to numerous resources about HIV/AIDS in the African American community, including recent news articles, opinion pieces, interviews, and personal stories.